Angela Howell is a former Fortune 500 corporate sales-hitter, a network marketing two-percenter, and a long-time eating disorder survivor and advocate. If a devastating work injury hadn’t ended her award-winning, twelve-year sales career and put her on a new path, total burnout would have completed the task. Long before her injury, Angela knew she was supposed to leave her comfort zone and do something else but she didn’t know what that was or how to figure it out. Angela ignored her inner nudges and worked until she could barely lift her arms to brush her teeth, much less do her job.

Facing disability and what would become a decade of surgeries and ongoing physical therapy, Angela began asking herself some important questions. What were her strengths and what was she most passionate about? Since she had to choose a new career path, Angela made sure passion was her top priority after learning firsthand that money alone wasn’t enough.

With the help of many books, seminars, recovery groups and creative circles, as well as ongoing spiritual development and healing, Angela is finally walking her own true path. She successfully reinvented herself first as a photographer, then speaker, author, transformation coach and abstract artist. She is a heartfelt communicator who personally knows how to triumph in the midst of adversity.

Angela’s book, Finding the Gift: Daily Meditations for Mindfulness, is a bestseller in multiple categories such as:

Finding the Gift  has been endorsed by Marci Shimoff, the #1 NY Times best-selling author and creator of Chicken Soup for the Woman’s Soul and several other best-sellers including Happy for No Reason.

Angela is the creator of A Life Worth Having™, a ten-module coaching program she developed to help more people experience true self-fulfillment. Committed to advancing eating disorder awareness, Angela has served on the speakers bureau of Renewed, Eating Disorders Support since 2007.

Passionate about wellness, personal development and best practices for success, Angela has been seen in Fast Company, Cosmopolitan, Yahoo News and is a former contributor to the Huffington Post. Angela is devoted to inspiring others to find renewed passions for living, loving, working and playing. And of course, just being.

Angela is married to her first husband, a former undercover agent, who is also her third husband! They live near Nashville, Tennessee. Their love affair is quite a story all its own and has been ongoing for over thirty years. They have one son and at the moment, four rescued cats. Ok, maybe a few more but who’s counting? 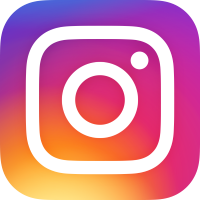